Note — The PDF editions of Wasteland, The Mollusc and Gymnasium are no longer available. These books will be released in a new expanded form in the near future.

I met Olivier in some faggot sauna by accident. He knew right away and asked me with a baleful smirk if I’d made a mistake. Then I started using the same swimming pool as him. No one goes there much in the day, so often it was only he and I. 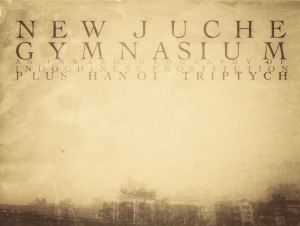 Continuing the Thinking Prostitution series, New Juche tries hard to assume even more responsibility. What did we do here, that we could not do elsewhere? GYMNASIUM is a visual idiolect that engages hyper-developed definitions of prostitution and ruin architecture, and draws from its wellhead in the myths of the Vietnam War and the reality of Indochinese mothers and children.

GYMNASIUM is appended with HANOI TRIPTYCH, an early piece of reportage that previously appeared on this site. 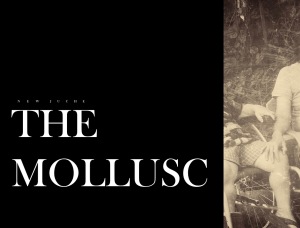 The text behind the photographs is a slug in its shell. Ushering in the Thinking Prostitution series, New Juche interrogates the stinking mouth of an anthropologist to find images of humanity amongst the pus.

What do you feel and do and why, when you experience the expression of distress by the poor, especially when you’re paying them for sex? 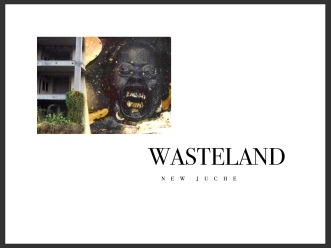 WASTELAND charts a prolonged involvement and love affair with an abandoned apartment complex in Southeast Asia called The Flowers, and the swampland surrounding it.  For three years the author used this space on a daily basis to confront death and solitude, and engage with the physical and mental effects of chronic illness.  Over this long period he wrote manuscripts for two books inside the location and developed a feverish sensorial attachment to The Flowers which eventually degenerated into the sort of sexual neurosis for which the complex had originally provided an antidote.